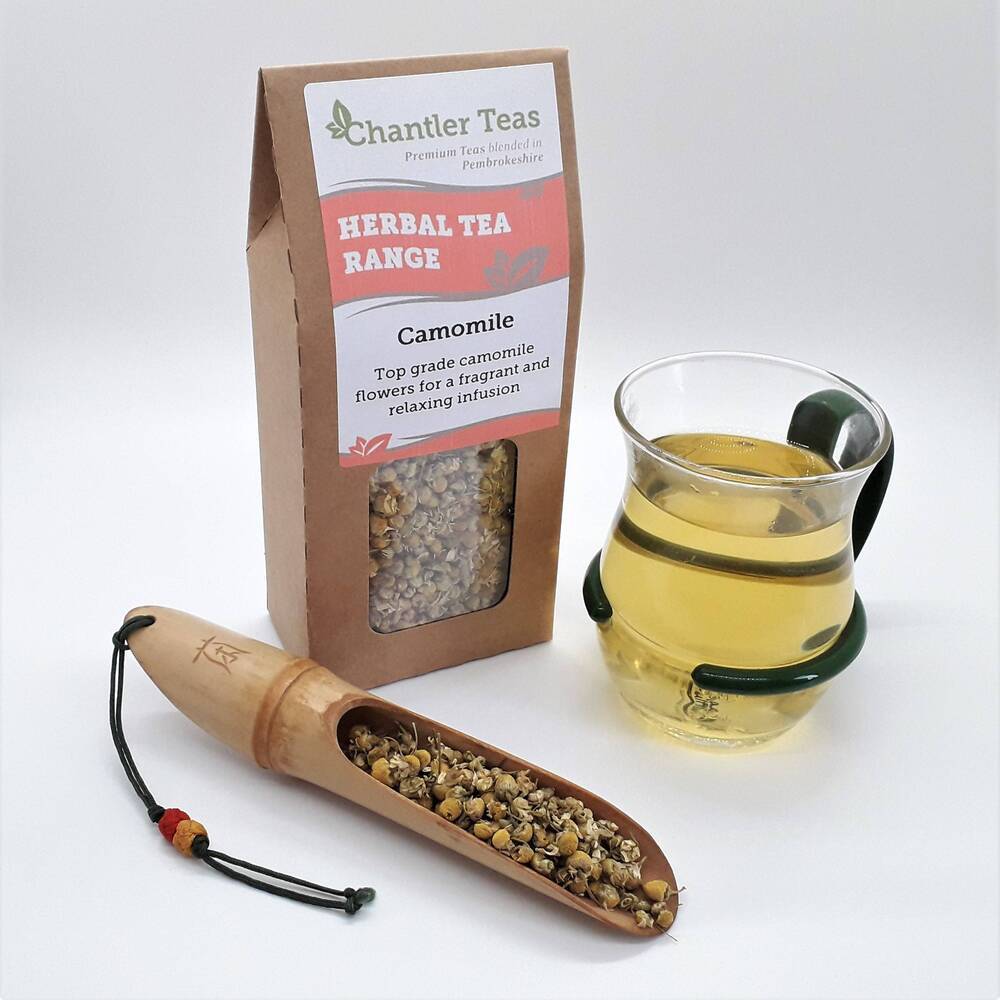 There are several varieties and countries of origin of Chamomile, but the best quality comes from Egypt. The sandy loam and nutrients from the Nile create perfect growing conditions. Chamomile flowers have a yellow centre and white petals - they almost look like a daisy. Essential oils in the flowers produce a soothing pleasant aroma and a fruity character.

Chamomile can be made into a pleasant aromatic tea which is slightly bitter but with a fruity flavour. It is often sipped for relief of health problems ranging from toothache to nervousness. Chamomile has also been noted as beneficial for soothing headaches and is a natural relaxing herb known to assist the restless and those suffering from insomnia. In many circles Chamomile is called sleepy tea on account of its natural properties, which promote restfulness and drowsiness. It is also known to assist digestive disorders by settling the stomach and calming the nerves.

Chantler Teas are a Pembrokeshire based family business run by tea enthusiasts who hope to convert as many people as they can to the delicious (and healthy!) delight that is loose leaf tea drinking.

All their teas are carefully sourced from small privately owned plantations who are signatories to Fair-trade and/or the Ethical Tea Partnership.

Brewing: Use one heaped tsp per person in a warmed pot and add freshly drawn boiling water. Brew for 3-5 minutes according to taste.